Skip to content
In the four years since its listing, "China's Standing Collar" has created a hurricane in the fashion industry and even in the consumer group with its vigorous and elegant Chinese temperament, and has relied on this persistence and confidence in the traditional culture of the nation. The 30-year license card has also grown from an obscure company to an award-winning industry leader. 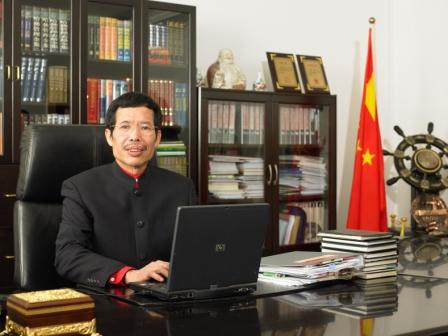 In the four years since its listing, "China's Standing Collar" has created a hurricane in the fashion industry and even in the consumer group with its vigorous and elegant Chinese temperament, and has relied on this persistence and confidence in the traditional culture of the nation. The 30-year license card has also grown from an obscure company to an award-winning industry leader. In 2007, Haopai was rated as one of China's Top 500 Most Valuable Brands by the World Economic Forum and the World Brand Lab, ranked 112th, with a brand value of 5.795 billion yuan, and ranked in China for seven consecutive years in sales revenue and total profits. Top ten garment companies. In the strong men's clothing market, Qipai really achieved "Thirty and Standing."

This year is the 30th year of reform and opening up. It is also the case that the two generations of the Qipai brand have experienced difficulties in the Chinese clothing industry. One year in the Chinese garment industry â€“ the same age as Chinaâ€™s economic reforms, together with Chinaâ€™s reform and opening up, formed in the world. One of the special cultural symbols that represent China's modern culture, spirit, and taste. What is more crucial is that the "Chinese stand-up collar", which is known as the "Chinese stand-up collar," is a combination of profound Chinese culture and modern international fashion trends. The Chinese garment industry, which has always been lacking in representative cultural symbols and tastes, has formed a kind of Sufficient to carry the confidence of the people, won international respect for the symbol of clothing culture. This is not only the success of the 30-year-old and two-generation generation. It also indicates that the Chinese apparel industry represented by it has gone out of the untamed, branded and uncultured swamp of the industry and started to take a new level of confidence in the international market. In the field of clothing, different cultures from the source of costume civilizations, such as Paris and Milan, produced a new round of collisions and exchanges. This is precisely the year of the 2008 Olympics. The Chinese and Chinese companies want to show their confidence and atmosphere to the world.

What is inseparable from the honor of the plaque is the two father and son soldiers in the history of the plaque. From the establishment of Mr. Hong Suiâ€™s entrepreneurship to the innovation of Mr. Hong Xiaofeng, Qipai was on the road to success. From the very beginning of the creation of Haopai, Mr. Hong Haosi established the business philosophy of "Quality First, Quality First" and laid the foundation for the success of the plaque. And Xiao Shuai Hong Xiaofeng, to bear more in innovation. The concept of "China Collar" was initially proposed, and divergence with the men's wear market uniform dominated the world, Hong Xiaofeng under great pressure, insisting on his own forward-looking judgment on the development of apparel brand and national culture market, launched a new clothing category - - Chinese collar. In just one year, sales of "China Collar" exceeded 300 million yuan. Fashion China has become the endorsement of Qi Menâ€™s menâ€™s wear, and â€œChinaâ€™s Standing Collarâ€ has become an object that more and more people in the industry are passionately pursuing. The "China Collar Leader" trend confirmed the innovative practice of Hong Xiaofeng: only the clothing of the brand culture can create myths, and only the clothing of the national culture is the true leader.

In the past 30 years, the Qipai people have been pioneering and forging ahead, and have made brilliant achievements in the development of China's garment industry. It is believed that in the next 30 years, Haopai will continue to uphold the spirit of determination and enterprising spirit, and will be able to interpret Chinese fashion. More colorful, creating more and more "card features."