Since the 1960s, Germany and the United States have used various methods to "make up" the usual agate, giving it beautiful colors and stripes. After agate dyeing, it is called "umbu" in Brazil. Green agate, black agate, and blue agate are mostly dyed. The red agate that was imported from Japan in ancient China was a red agate formed by the heat treatment of iron-containing agate, so it was also known as "burning red agate." Natural colors are mainly red, amber and white. Among them, red is the best. The blue and purple agate jewellery sold on the market is not the original color. It is dyed after processing and will fade after a few years.

The dyeing of agate is called the optimization method in the national standard. The name can be directly referred to as the name in the certificate. Agate dyeing is the immersion of the colorant into the pores inside the agate to color the agate as a whole.

(1) Agate used for dyeing must meet the following requirements

2. Color In order to make agate dyed into the color that people need, the raw material requirement of agate must be light or white, and it should be cleaned. If it is dyed black, the color of agate material can be deeper.

3. The history of heat to be added to the agate must be agate that has not been roasted. The roasted agate is difficult to color.

Whether using organic or inorganic pigments to add agate color, these pigments are required to have the following properties:

1. Soluble in water or other reagents;

2. It can react with some chemical reagents to form precipitates which are insoluble in water and alcohol, and the precipitates develop color;

3. The generated color-developing material has good stability and should not be decomposed and destroyed by sunlight, air, water, oxidant and reducing agent.

There are three types of agate dyeing methods:

1. The dye is directly immersed in agate and then thermally decomposed, oxidized or reduced to form a colored oxide. If the agate is dyed into apple green, the agate can be soaked in a nickel nitrate solution and then heated to produce a nickel oxide which is green.

2. Two kinds of chemical reagents which can be chemically reacted to form a coloring agent are immersed in agate twice, and the resulting coloring agent can be decomposed into a coloring oxide or a simple compound by heat treatment. For example, in the method of dyeing blue-green, the chromium oxychromate formed by the thermal decomposition of ammonium dichromate formed by the reaction of potassium dichromate and ammonium carbonate is colored.

The color of the dyed agate is not inherent to the agate itself. It is an artificial method, and it is only the color deposited in the pores of the agate. It can be identified from the following two aspects:

1. The color of the dyed agate is different from that of the natural agate. The color of the agate dyed with the organic dye has a large gap with the natural product. Organic dyes are bright and easy to fade, and they are clearly "false colors." The inorganic pigments currently used are closer to natural ones, but they can be found only by careful observation. The differences observed from the common three colors are as follows: the natural red agate is positive red, the same is true for "burning red", the color is pure, and the artificially dyed red agate is red by artificial addition of iron ion compounds. There are often yellow tones. Blue agate, the natural output is very rare, mostly a blue of sapphire blue, and often has varying degrees of entanglement. The artificially dyed blue agate is violet with the addition of cobalt salt, that is, the color with a purple hue in the blue, and in rare cases, there is a gemstone blue dyeing, which needs to be determined by further magnification observation and other testing methods. The dye of green agate is very close to the color of natural products. But carefully observe the natural product as green onion, soft color, and dyed green agate is emerald green, the color is also more beautiful. 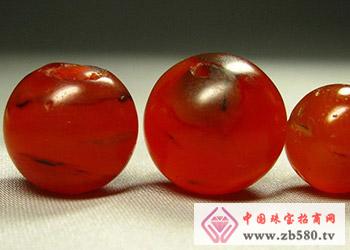 2. Since the dyed agate is a color which is soaked and dried by the coloring material, the coloring material is deposited in the pores of the agate, and under the condition of magnification, uneven color points can be found in the crack and the pore. It is generally identified by a ten-fold magnifying glass, and the fine dyed product is observed under a gem microscope. Due to the limited value of agate, large instrument tests are generally not used.

In short, the agate dyeing process is a process in which a colorant is formulated into a liquid, impregnated into a colorless agate, and heat treated. It can be dyed into green agate with chrome staining agent, and can be dyed into burnt blue agate with cobalt dyeing agent. The natural red agate can be changed into red by a "burning red" heat treatment to change the light red agate into bright red. Colorless agate can be dyed green, blue, red, hungry and black. Green is dyed by blue cobalt ions dyed with chromium ions. The dyed agate is not only bright in color, but also makes the boundary between the ribbon and the color ring in the original agate very blurred, and the color becomes uniform.